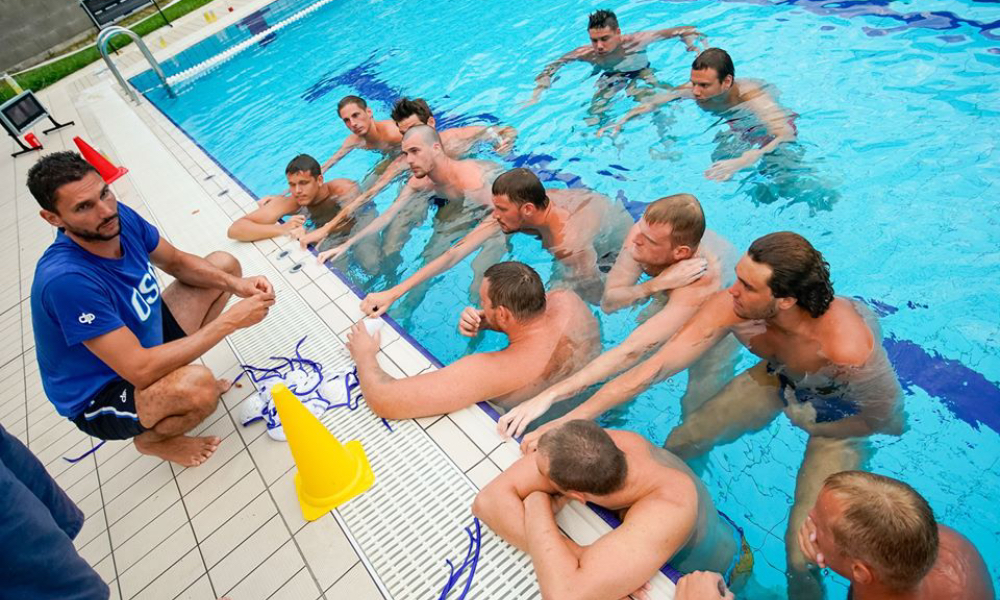 OSC’s rejuvenated team is preparing for the Hungarian Cup this weekend, and their goal is to get into the top 4 teams.

District 11, OSC’s headquarter in Budapest, and MOL, the Hungarian multinational oil and gas company, sponsor the team, and Sándor Cseh, professional consultant said that the team contacted him when the club needed to stay alive when in look for coaches and players.

We had to build the team quickly, but we got a good and young team, and every team member gets great motivation by the current situation.

Cseh also thinks that with the new roster, the club should still be one of the top teams, but of course, summarized the other teams’ line ups.

The team is very young, but we would like to get into the top 4. I think FTC and Szolnok are the stand out the most, and we are around the same level with Vasas. Honvéd and BVSC also got stronger; there are also some pulling names.

OSC’s new head coach, Olympic champion Dániel Varga (FTC Dénes Varga’s brother) arrived from FTC’s youth team program, and he says the team has been training hard for the past five weeks, but haven’t played a match yet.

I feel we are on the right path, but a lot depends on how we react to potential more difficult situations.

Zoltán Kósz, second trainer and goalie trainer stated that Branislav Mitrovic left OSC after two years, but Márton Lévai stayed and that is capable of performing just as well as his former team mate, so the team’s performance will not depend on the goalkeepers.

Balázs Erdélyi, the team’s captain, said that their goal is to develop a new face for the team.

It is a young team, so not the static, but the quick play will be in our favor, with a lot of swimming. We know Dani Varga very well, we know what to expect from him. The connection is great between him and the team, so I see positivity in the future.

Balázs Hárai, based on his age he is the second player with the most routine, highlighted the team has lots of motivation, but it takes time to see what they are capable of. The World and European champion said that “a medal is also possible.”