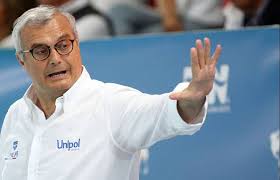 In Serbia three people Dejan Savic, Drasko Gogov and Nemanja Vico were tested positive in June. After that the national team stopped the preparations in Belgrade.

According to the Water Polo Federation of Serbia there were several cases during the summer in the younger categories as well. In spite of this the Serbian League is expected to start on time, on the 26th of September.

In Germany there where no positive test within the clubs, the male national league will restart on 22nd of August, women will start again in September.

Coronavirus infection was discovered last week by one of the players of the Greek national team. Following the case of Emmanouil Prekas, the entire team, including staff, was tested. At the weekend, the result showed that four more became infected.

Tests were repeated on Tuesday and another player was diagnosed with a coronavirus infection, the Greek federation’s website reported.

The female national team trained in the same pool as Greece’s men. Fortunately, all of the tests of the female players returned negative.

Due to illness the national team has canceled participation on the preparation tournament in Sibenik, Croatia

Italian captain, Alessandro Campagna, has said that they will almost certainly not go to Croatia for the preparation tournament either. We better not to take risks, ”the trainer said.

As is well known, there are more and more coronavirus cases in Croatia. The Italian government has already tightened, as those returning from Croatia will have to take a test, but it is possible that they will soon be automatically quarantined.

Croatian weekly magazine Nacional just announced that the entire national water polo team is in quarantine after corona cases were confirmed in a beach bar in Korcula, where they were hanging out during their training camp. Although only Ante Vukicevic of the 19 players were tested positive, the whole team has been separated. The team was preparing also for the tournament in Sibenik planned for the end of August. Due to the current situation, the tournament might be cancelled. The original idea was that Croatia would host Spain, Italy, Greece, and Montenegro. The Spaniards already decided that it isn’t safe to travel at this moment and Italian head coach Campagna also told the Italian media that there was a 99% chance they won’t attend the tournament. Greek team already had corona problems within their national team.

List of the Croatian national team training on the island of Korcula: