Gojkovic: I’m Not Sure If It Really Was a Penalty 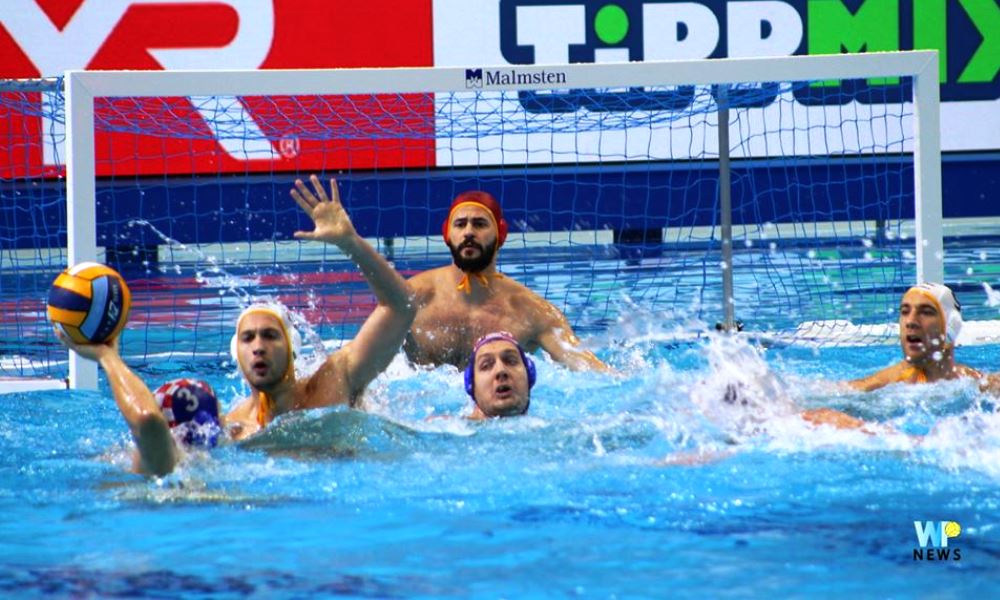 The two Balkan ensembles, Montenegro and Croatia fought a huge battle with each other, ending the Croatian rejoicing. At the end of the match, the coaches and players summed.

Vladimir Gojkovic, head coach, Montenegro
“In the first and last quarter we were at the level I want us to be. We showed true character. My players did not give up even for a minute during the whole game, and I am proud of them for this attitude. It is not easy to play against Croatia, the best team of Europe, but we played on a high level in the final period and could make an incredible comeback from 5-10 to 10-10. At the end it was the penalty situation (at 10-10) that decided the match. I’m not sure if it really was a penalty or not, but now we have to recover because on Saturday we have a very important match against Germany. Montenegro has a very young and not really experienced team and I am sure we can benefit from this clash.”

Ivica Tucak, head coach, Croatia
“There is a bitter taste after this victory. I don’t know why we let this happen? We displayed three brilliant quarters and then collapsed psychologically in the last. You start believing that it’s over and then goal by goal they’ve been back. It was tense at 10-10 but we scored that crucial goal and won. It’s better that this lapse in concentration happened now than later into the tournament. I told the players before the match that the goal is to be on the winning side after those 32 minutes are over. The first three quarters is the pathway we need to follow.”

Vladan Spaic, player, Montenegro
“It was very difficult. At the end it was an even game, with a bit more luck we could have won. They were in the lead for most of the time but then we came back. We showed true character for that I am truly proud of my team. I hope we will net a win against Germany and go into the eight-final.”

Andro Buslje, player, Croatia
“The first three quarters we showed everything we had agreed before the match. Obviously we thought it was over and just stopped. I would like to congratulate the team since even with this bad performance in the end we managed to close the game and win. Ultimately what counts is the victory, three points gained and the first place in our group.”

Luka Bukic, player, Croatia
“We played pretty well in the first three quarters, but I truly do not know what happened to us in the last one. It is better to have these downs now than later during our most important games as this way we can analyse what went wrong and we can learn from it. We know everything about Montenegro’s game and they know everything about our game. The most important is that we will take the first place in our group, but we have to stay focused for the match against Slovakia, of course.

Men’s ECH: the Croatians Won the Balkan Derby
FTC Won the Team of the Year Title in Hungary