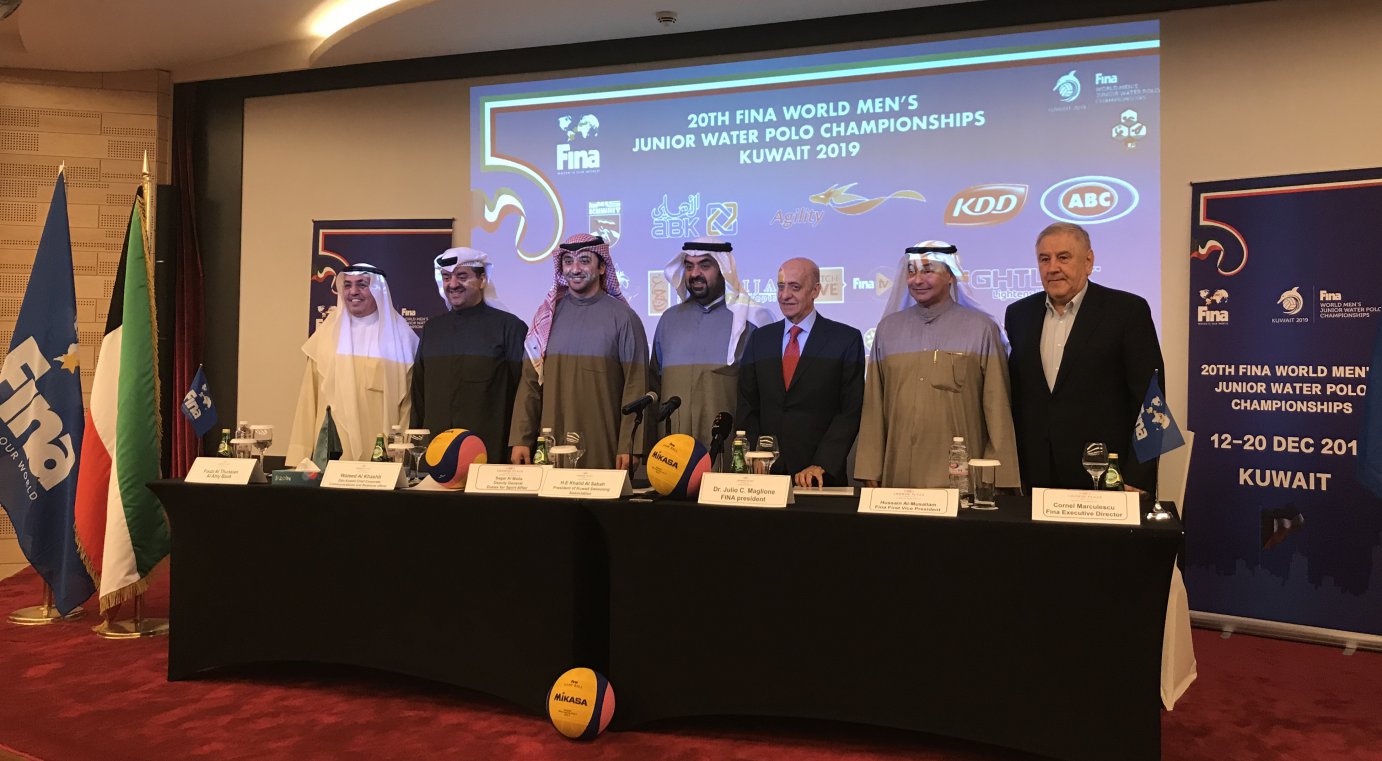 The FINA President Dr. Julio C. Maglione was today in Kuwait City, Kuwait for the opening Press Conference of the 2019 FINA World Men’s Junior Water Polo Championships, to be held from December 12-20 with the participation of 20 teams from the five continents.

It’s a great pleasure for FINA to be back here in Kuwait, after the organization of the Development Trophy in waterpolo some years age. The accommodation facilities are of excellent level, so all the conditions are met for a great edition of this junior rendezvous.

The Championships here in Kuwait will certainly unveil some of the future water polo stars, the ones shining at the FINA World Championships and Olympic Games.

Cornel Marculescu, FINA Executive Director, also expressed his satisfaction: “I believe a new era in Sport is starting in this country, and FINA will be present to support you on this strategy. We are very happy on the way aquatics is developing in Kuwait.”

The FINA delegation was welcomed by the Kuwaiti leaders – Sheikh Khalid Al Sabah, President of the Kuwait Swimming Association, and by Husain Al Musallam, FINA First Vice-President. They both confessed their satisfaction to host these championships in the country.

This competition will be excellent, as we want to honor FINA’s confidence on us.

They all ensured the FINA Family that all participants in the Championships will be offered top-level hospitality in Kuwait City.