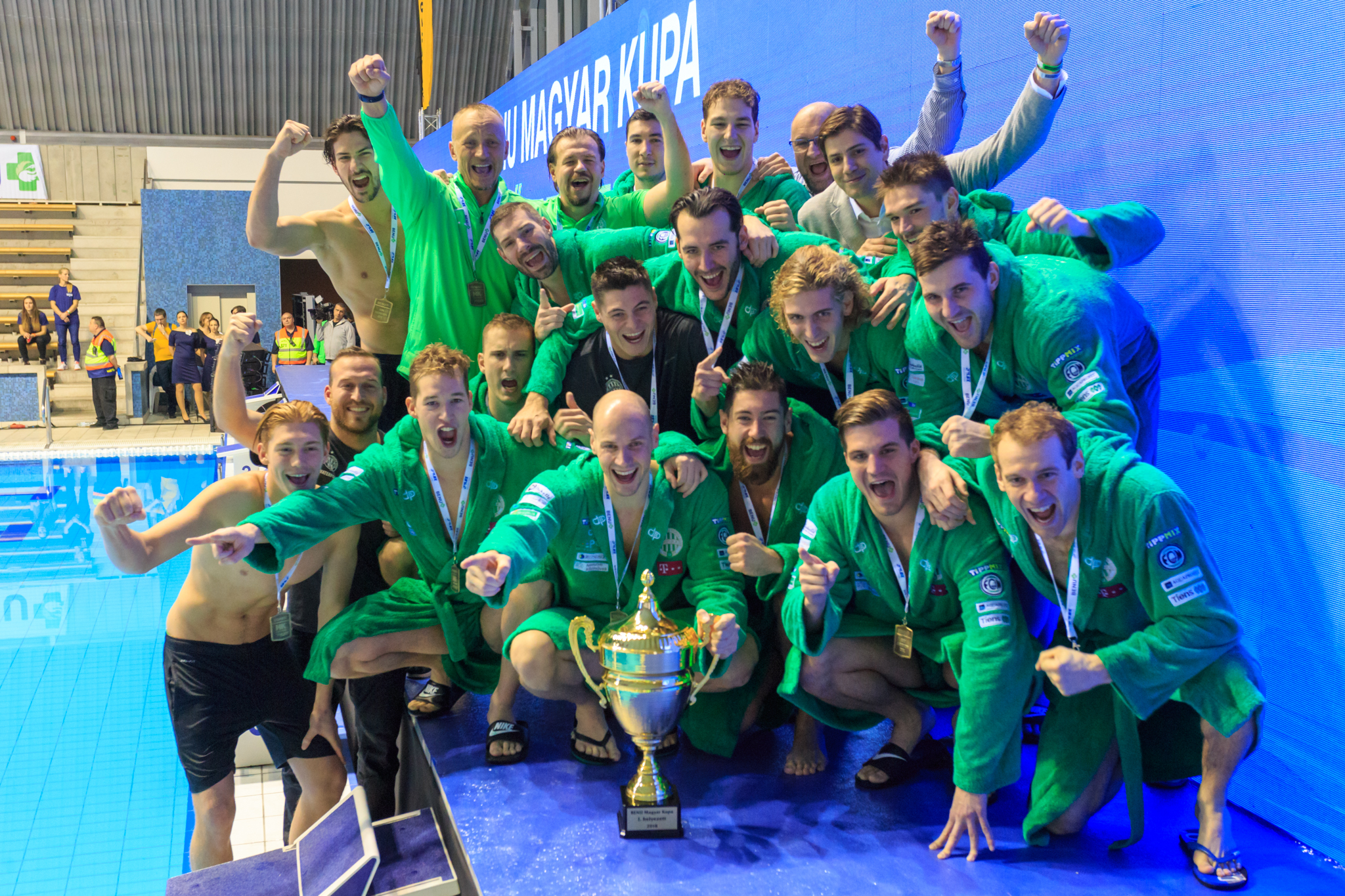 Ferencváros beat Miskolc confidently in the final. Dénes Varga scored half of the green-white goals to take home the trophy.

1st min: Ferencváros won the sprint, they could not score on the first attack, but they did on the second one as Dénes Varga put the green-whites up 1-0.

2nd min: Aaron Younger got the ball in his own corner and swam all the way to the other goal, but could not capitalize. On the other side, Alex Bowen equalized immediately after that.

7th min: Miskolc successfully defensed a power play, but just as they were back at 6-6 players, Fradi scored from close range after a blocked shot. Nikola Jaksic was the one, who tipped the ball into the net, 4-2 for Ferencváros.

1st min: Fradi was faster once again. And once again, they could not score on their first attack.

4th min: Neither team could score for five straight minutes, but Dénes Varga stopped the silence seconds after they got a man-up situation. This was Varga’s third goal of the game. 5-2 for Ferencváros.

6th min: Ferencváros had a 6-on-4 situation, but two great blocks blocked them from increasing their lead. Not for long, Dénes Varga found the back of the net after the teams were even. Four of Fradi’s six goals were scored by Varga.

6-3 was on the scoreboard at halftime.

1st min: Fradi was faster once again. And once again, they could not score on their first attack.

6th min: No goals were scored in the second half for the first six minutes.

7th min: Varga broke the silence with a huge goal. It was his fifth. 7-3 Ferencváros

8th min: With five seconds remaining, Aaron Younger found the back of the net to give Fradi a 4-goal lead.

1st min: Ferencváros was faster again, they won all four sprints in the final.

2nd min: Aaron Younger hit the post from a penalty and the ball just floated on the goal line for a few seconds. No goal.

5th min: Tamás Sadlmayer found the back of the net for Ferencváros on a man-up situation, 9-4.

Women’s Hungarian Cup – UVSE wins convincingly in the final!
Hungary and USA are the best teams of the year!