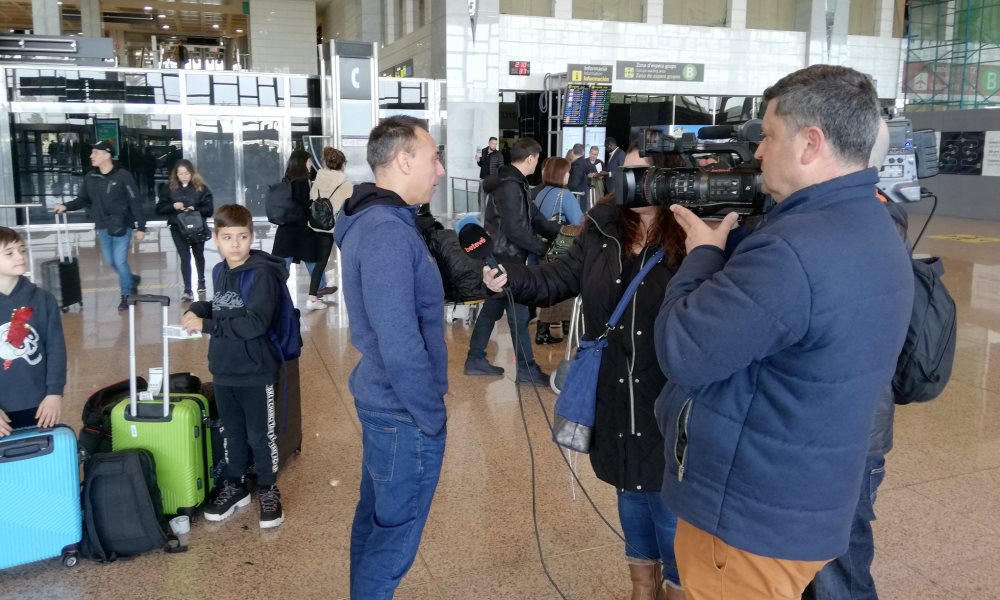 The faces were tired and there were not so much smiles on them at the arrival side of Prat Airport in Barcelona. The Spanish water polo national team landed. The players and the staff came back from the European Championships in Hungary. Only the penalty shootout separated the team from the gold medal after not losing a single match in the entire tournament.

“Obviously in the final we were ‘screwed.’ It is difficult to lose such a championship. I think we have been the best team, with the most difficult road, facing Serbia, Croatia, and that is why losing like this is so hard. Truth that we have shown again that Spain is in the elite and that we can compete with any rival and this is great news for Tokyo; this team deserves a gold and will achieve it in the short or medium term” told David Martín in the airport for the home federation’s homepage and the Spanish media.

“When we arrived at the European Championships, the idea was to continue growing and consolidate in the elite, to be in the medals. I think we have achieved it and our level has been very high. The big stage this year is the Olympic Games, we are going the good line and we will continue working. I hope and I believe that in Tokyo we will have our opportunity” added the head coach.

Water Drops from the Golden Champions
Nice Recognition in Eger