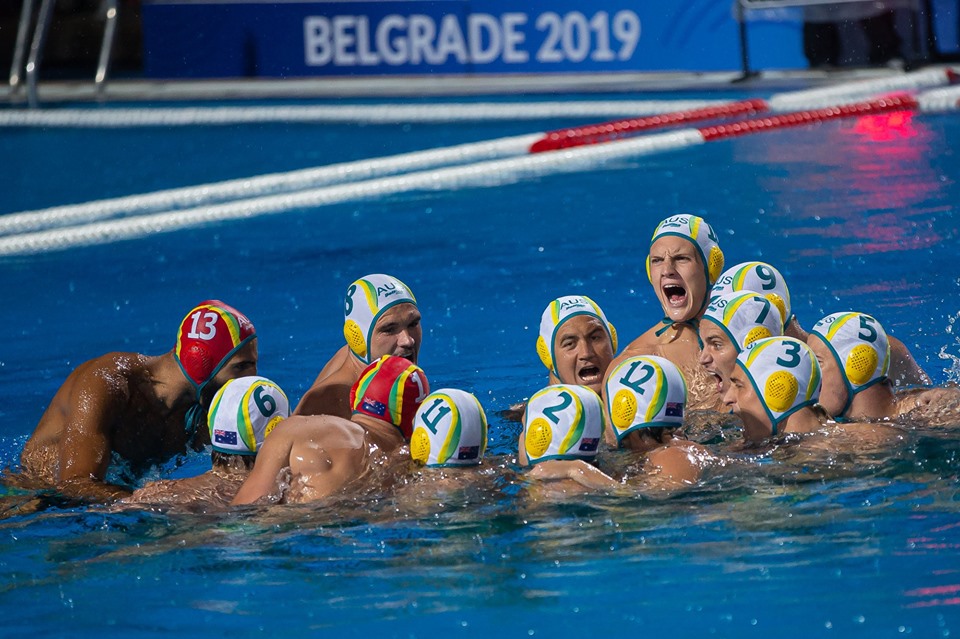 The first quarterfinal match of the World League was played today between the teams of Hungary and Australia. A degree of serenity and cool nerves characterized the Hungarians as the game began. They focused on their defenses and took the few chances they got to score, which earned them a 2-1 lead at the end of the first quarter.

An even more effective defensive play was shown by Hungary during the second quarter. The goalkeeper had barely anything to do as the defenders mostly took care of blocking the incoming shots. Meanwhile the Hungarian opposition was working just as hard on scoring some important goals. The period ended with the Aussies unable to score and the Hungarians generating a comforting gap (5-1).

Team Australia reorganized themselves in the second half. Hungary must have been thankful for the significant lead that they’ve gained previously because the opposition won the third quarter with 4 goals against 2. The overall result of the game was 7-5 as the fourth and final period began. It was at this point when the match turned really exciting because Australia gathered all their strengths in order to equalize, which they eventually did (8-8). From that point the last couple of minutes were unexpectedly tense as the Aussies managed to take the lead for the very first time during the game and Hungary had to make things even before the final whistle was blown.

In a last effort Hungary set the score to 10-10, which meant that a penalty shootout was going to decide which team can go to the semifinals. This wasn’t Hungary’s first time at the five meter line as they defeated Spain earlier in this competition in a similar way. They weren’t nervous about the penalties but their opponent was just as concentrated. After five shots the outcome was still undecided and it was at the seventh throw when Bence Bátori’s ball hit the post and Australia won the match. The final score is 15-6 (2-1, 3-0, 2-4, 3-4, 5-6). After a long, exhausting and twisty game the Aussies made their way into the semifinals, while Hungary will play for the 5th-8th position of the tournament.