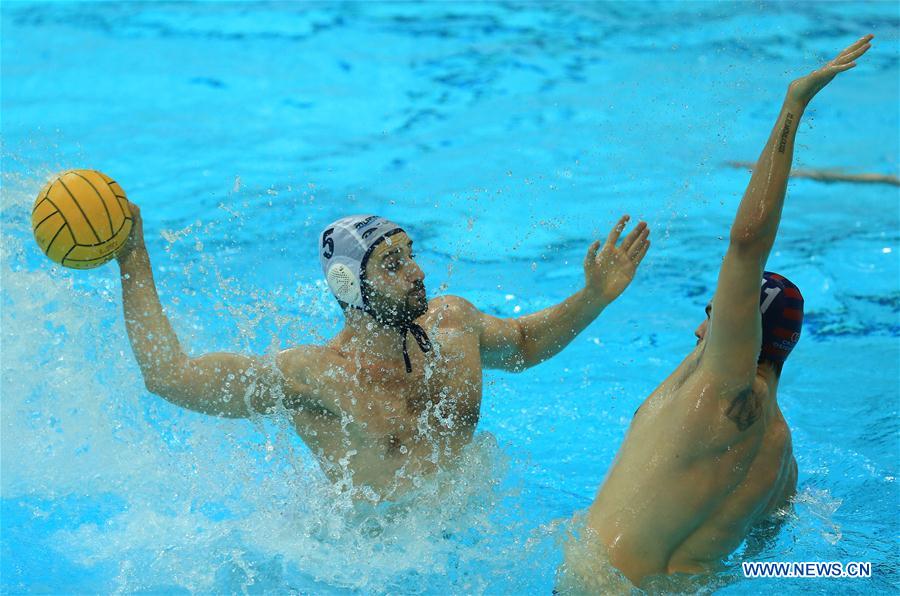 The Regional League continues. On Day 4, there was a derby between Mladost and Jadran Herceg Novi Jug defeated Sabac, and Jadran Split bet Partizan.

Mladost‘s win was determined from the very start. With the 5-0 lead in the first period, it was impossible for Jadran to catch up. By the second quarter, Mladost was leading 6-0 when Jadran scored their first goal. Even tough Jadran was able to score the net 6 times, it was not enough to beat the Regional League titleholder. Jadran HN – Mladost 6-15 (0-5; 2-4; 3-4; 1-2)

Jug played against Sabac in Serbia. Jug earned a 3-0 early on in the game, but Sabac caught up by scoring two goal. Later, Jug responded, and netted 6 goals. The third period was balanced between the teams – in fact, Sabac finished with a 1-0 lead. However, even then it was obvious that the guests would win the round, and celebrate the 15-7 (6-2, 4-2, 1-0, 5-2) victory.

Jadran Split convincingly defeated Partizan with 18-11 (4-2, 5-1, 3-2, 6-6). Jadran played excellently throughout the entire the game. Beside from the last period, which ended with a tie of 6-6, Jadran was leading tremendously. Overall, Jadran showed a balanced and strong performance, and even with the tie score in the last quarter, their win was not in danger at all.

Primorac was better than Budva with a final score of 11-7 (2-1, 2-3, 3-1, 6-6). Both teams played balanced in the first half – they were tied at 4-4 at halftime. Then, early on in the third quarter Budva scored the goal, leading by 1. However, Primorac seemed to be more focused, and started to dominate.

Crvena Zvezda recorded its first win in the season. Read our article here.

A New Name Joins the “Immortals”
Italian League: Recco is on Fire