TWPC comments:
Both the ball and the free throw have to be outside of 6m.
If the ball is inside 6m., the player cannot shoot.
If the free throw was awarded inside 6m and the ball is outside, the player cannot shoot.
If the ball and the free throw are both outside 6m, the player can choose to shoot immediately or visibly putting the ball into play.
After the player visibly puts the ball into play, the player can fake and shoot or swim and shoot.
Once the player visibly puts the ball into play, the defender can attack the player with the ball.
Visibly putting the ball into play means that the ball must leave the hand of the player with the ball. (See WP 16, figure 1 and 2).
Visibly passing the ball from one hand to the other is considered to put the ball into play.Direct shot after interval time:
After interval time it is not allowed to take a direct shot at the goal
* When a referee takes the ball out of the water, for cap replacement, injuries or other matters, this is considered to be interval time. After the matter is solved and the ball is returned to a player and no direct shot at the goal is allowed according to the rules.
* However, when the ball is returned to a player taking a corner throw or to a player outside the 6m. area, after a stoppage for cap replacement, injuries or other matters after putting the ball in play, this player can shoot at the goal (or fake, or swim) and score.
TWPC comments:
INSIDE THE 6M. AREA, IN A PROBABLE GOAL POSITION AND WITH THE INTENTION TO SCORE:
If an attacking player with the intention to shoot has front position on a defender while moving toward the goal, the defender is not allowed to commit a foul without giving away a potential penalty shot to the attacker.
This is stopping a probable goal and falls within the meaning of (new WP 23.2 – old WP 22.2)
The only way to defend from behind in this situation is for the defender to make contact only with the ball.
This will eliminate the potential decision and call of the referee that the ‘ball was in the hand’ that we saw in the past and which was incorrect in many cases.
The referee should delay the call to see If the player is able to complete the action.
If the player is not able to complete it, the referee must apply this rule.
When an attacking player is in front of the goal with the ball on the water and his hand on top of the ball and the goalkeeper in this situation puts the hand and the ball under water this is correct, the goalkeeper attacked from in front and not from behind, so in this situation no penalty should be called but a free throw in favor of the goalkeeper.
TWPC comments:
The player taking the corner throw will not be restricted in taking actions, including shooting.
*After getting the ball from a goal judge when a corner throw is awarded, a direct shot is allowed and also after putting the ball in play, he can swim and fake before shooting at the goal
TWPC comments:
*The intent is to remove timeout officials from beside the bench and transfer responsibility to the team to signal when a timeout is desired

TWPC comments:
They may be called at any time a team has possession of the ball.
The timeouts can be called in the same period or back to back.
There are no restrictions on when the team may call them, as long as the team has possession of the ball.
A team cannot call a timeout after the awarding of a penalty throw.
TWPC comments: Self-explanatory
TWPC comments:
* There is no restriction on the number of substitutes a team may have at the side of the pool, and there is no limit for number of players to be substituted at one time. This area cannot be used as “warming-up” area.
* In order to move along the side of the pool, a substitute must enter beside the re-entry area without diving – in the same manner as if entering the water for the re-entry area.
* Players must visibly touch hands above the water once both, the player who is leaving the water and the substitute, are outside of the field of play.
* The player must leave the field of play and rise with his head above the water surface before the substitute may enter.
* The player who is leaving must swim along the side of the pool until behind the goal line.
* Substitution can occur anywhere between the team’s goal line and the center line, and it can occur anytime during the game.
* No substitution will be allowed after a penalty throw is awarded. If there is an injury or when the offending player has three personal fouls, substitution is allowed ONLY through the Re-entry Box.
* Any of the referees or the designated official at the table can signal a violation of this rule, and the sanction for improper entry (new WP 22.16 old 21.16) has to be applied.
* Players can stay in substitution area for reasonable amount of time. This is similar approach as for the players staying in “old” exclusion box.
* This flying substitution area should be at least 0.5m wide.

TWPC comments:
This change is intended to speed up the game by not requiring the return of the ball to the place of the foul.
For any free throw awarded inside 2m, the player must still take the ball out to the 2-m line.

TWPC comments:
* A goalkeeper can now go past the center line and can shoot the ball from anywhere instead of passing it.
* The Goalkeeper loses his/her privileges outside the 6-m line.
* During a penalty shoot-out, if two teams are involved the respective coaches of the teams will be requested to nominate five players and a goalkeeper who will participate in the penalty shoot-out, the goal keeper may be one of the shooters
* The goalkeeper may be changed at any time during the penalty shoot-out provided the substitute was listed amongst the team list in that game, however he cannot be substituted as one of the shooters.

TWPC comments:
* This will only be used if appropriate equipment is available.
* For Example: a light placed on the shot clocks near to the team benches and on the jury table which turns green at the moment an excluded player is allowed to return. The system should be integrated in the timing system.

TWPC comments:
*The use will be determined by the TWPC and a protocol for the use of it during the match will be delivered when an appropriate system is in place.

TWPC comments:
* Each referee will have a headset for communication between themselves.
* The delegate will also have one, but only to receive information for the official table and ensure clarity.

TWPC comments:
* The purpose is to retroactively sanction players for violent play that was not appropriately punished by the referees during the game.
* The result of the game will not be changed.
*As an example, upon review of the official video, if the TWPC determines that an incident should have been sanctioned by a brutality call, then the player involved will be suspended by the TWPC in the same manner as if the player had been sanctioned by the referees i.e. for at least 1 match.
*The result of the game will not be changed but the team will have to play the next game with one player less, in the case of a 1 match suspension, or for more games if the suspension is longer.
* Any team that wishes a video review of an incident must make a formal request in writing to the TWPC delegate or at the TWPC office, together with a payment of 500 Swiss Francs, or the equivalent, within 60 minutes of the conclusion of the match in which the incident is alleged to have occurred.
* This is to be in the same manner as a protest.
* The TWPC, on its own initiative, may also review any incident.
* The TWPC must communicate any decision to suspend to the team, having a player or players suspended, prior to its next game. 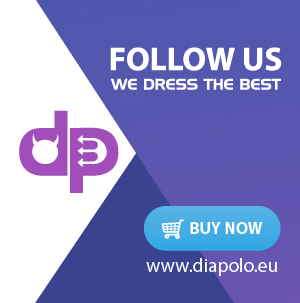