Spain: the Community of Madrid Pays Tribute the Medalists 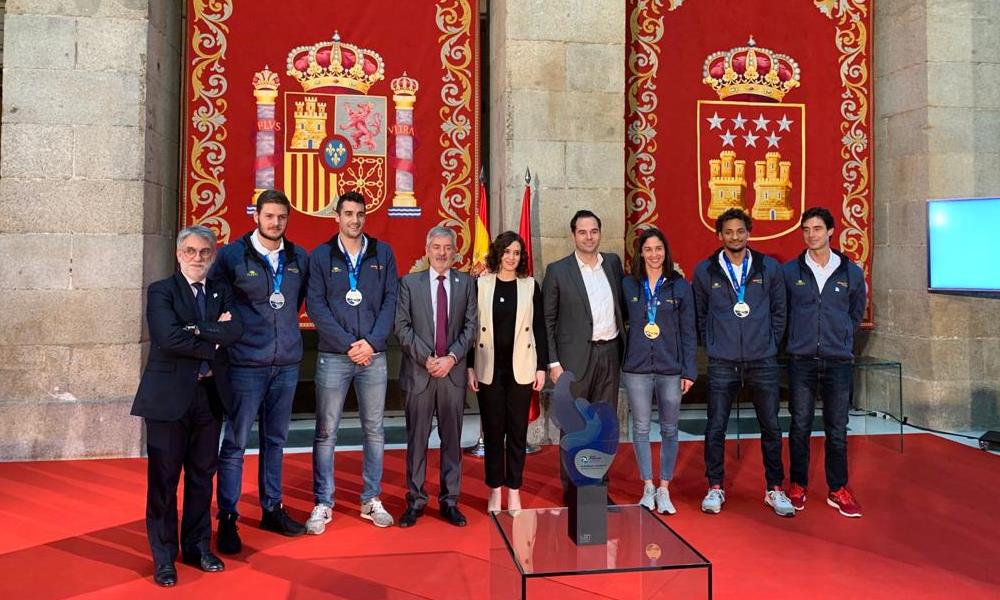 The President of the Community of Madrid, Isabel Díaz Ayuso, has received the Madrid water polo players, protagonists of the successes obtained days ago at the Budapest 2020 European Championships. The captain Pilar Peña, the women’s team head coach Miki Oca, and the players Fran Fernández, Edu Lorrio and Álex Bustos, have been accompanied and surrounded by the President of the RFEN, Fernando Carpena, the president of the Madrid Federation. Díaz Ayuso has been accompanied by its vice president and former water polo player Ignacio Aguado.

An official reception in which the Madrid authorities have left at street level to receive the RFEN delegation. After the parliaments, in which both the President of the Community of Madrid and its President have highlighted the effort, sacrifice, example and values ​​of these athletes, in addition to the thank-you speech of President RFEN, the signature was made in the Book of Honor and the delivery of gifts: two commemorative plaques by the Community and the official T-shirt of our sponsor Premaat.

Subsequently, the delegation went up to the ‘mythical’ balcony of the Puerta del Sol to offer the Madrid trophy and medals, a habitual practice of Madrid athletes.