The Center in the centre – Slobodan Nikic

He is the most decorated water polo player in the sport’s history, but he keeps his medals under his bed. He played every ball games, when he was young, and the fans are lucky that the basketball court was a bit far from him. The club season just ended in Hungary, but he already set his sights on the Champions League. Slobodan Nikic’s professionalism is the reason what earned him countless medals. 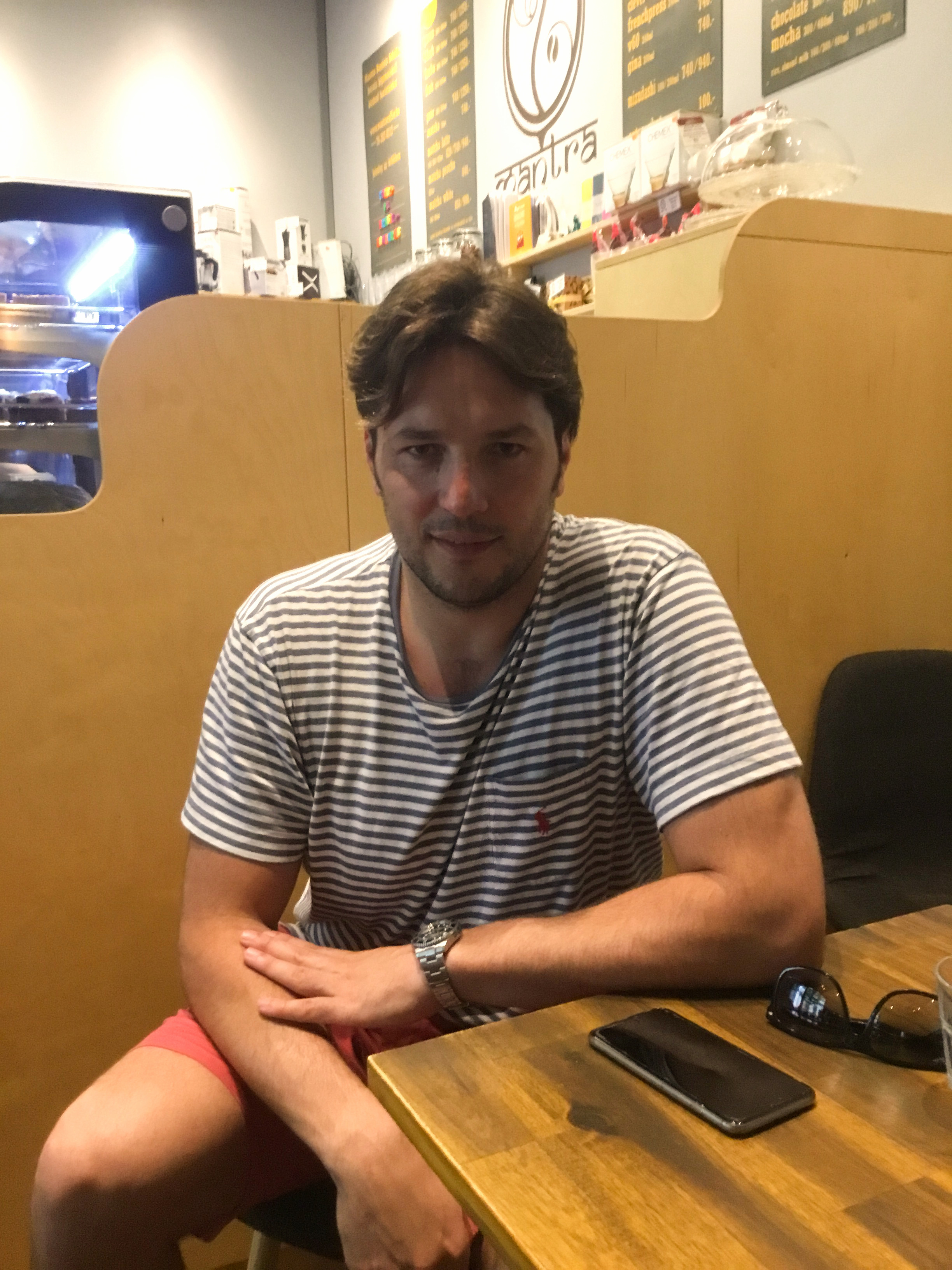 This was a special year in your club career…

– Yes, I am extremely happy, that I became a Hungarian champion. I didn’t expect to achieve it so soon, because I have only been playing here for 2 years. And it was the perfect ending of a great season, as we won the Euro Cup previously, the only trophy on the European club level, which I wasn’t able to collect before.

You must have a whole room dedicated to your medals in your house.

– To be honest, I keep them in a box under my bed, just kidding. 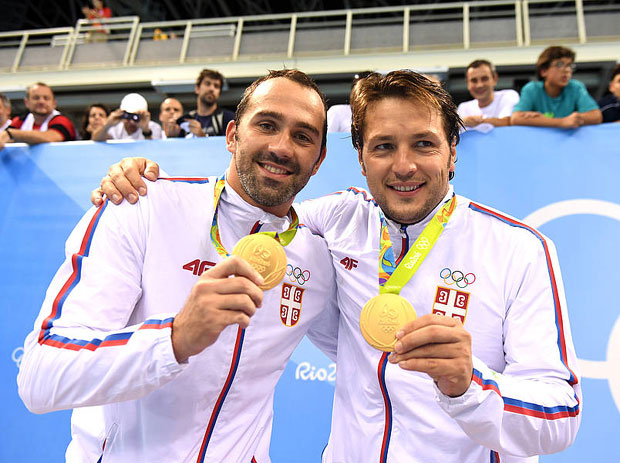 Why did you choose water polo in the first place?

– Well, I started playing, because we had a pool in our neighbourhood, and even my older brother used to play, but not professionally. I began swimming first, at the age of 6. A coach saw that I was taller and bigger than my compatriots, and he asked me if I wanted to try water polo. I said: “Why not?”. Basketball was in the picture as well at the time, but only for 3 or 4 months, and it was a little far away from my house, whereas the pool was like 50 meters from our entrance door. The pool was closer, and that is why I chose water polo.

Is it the number one sport in Serbia?

– There were a lot of guys around my age, who played team sports in the neighbourhood. Besides water polo, handball and basketball was also very popular. But there was this one boy, who played tennis. Every day he passed by carrying his rackets, and we said “Oh look at this guy… Who plays tennis?”. After some time we found out, that he was actually excellent at it…I am pretty sure you know him as well. His name is Novak Djokovic.

Slobodan Nikic, Zivko Gocic, Filip Filipovic and Novak Djokovic from the same elementary institution… It must have been a sports school.

– It was a regular school, but this is our culture. We had a lot of playing courts, and we practiced every type of ball games. Handball, volleyball, football and basketball. Even during the weekends we were outside on the fields from 8 am until 10 pm.  Those were hard times for our country, and if you wanted to escape from the streets, you could do it either by doing sports or studying in the schools.

How would you describe the center position a la Nikic?

– The center is a special position, because there are only two of them in most of the teams. The biggest pressure is on them and the goalkeepers. Of course they have a different task, but it is equally hard. Nowadays the game relies too much on physicality and a lot of big players, who practice a lot, make it to the professional level in this position. But I prefer those centers, who have the instincts, the technical skills and the talent to handle the ball, because those abilities count the most in the tough situations, when you only have a little space to score.

Do they need to know how to shoot with their feet as well? You are good at that too…

– I don’t recommend that for the kids, because their coach might kill them afterwards! That was my last goal for the national team (in the testimonial game of Nikic and Gocic – the editor), and I have been practicing that kick since I was 10. Also, I was lucky, because it is almost impossible to control. Sometimes it goes left, sometimes it goes right. Fortunately it was a powerful shot, which ended up in the net. A fantastic valedictory score.

Which were your best goals in your opinion?

– At the club level I could not remark one, because there were so many crucial goals, which lead to important titles. For the national team, my favourite goal came during the match, that I will never forget in my life. The whole team played at its best, and I scored by a backhand shot against Croatia in the final of the Olympic games (the Serbian team won the final 11-7 – the editor). It was my last official goal for Serbia, which will always remain in my memory.

We thought, that one of his latest goals does deserve an honourable mention…

Do you have a favourite venue?

– Budapest is a water polo city, and the best feeling is when you play in Alfred Hajós Swimming Stadium’s pool. For me that is like the Old Trafford of Manchester United Football Club. When you play there against Hungary, that is a special day for everyone. I also like the open-air stadium in Dubrovnik, the Bazen Gruz, because they have an incredible tradition of water polo there as well. Those are my two favourites, but the best crowd I have played in front was in Belgrade, in the 2016 European Championships against Montenegro. There were 18-19 thousand people cheering in the stands, and it was phenomenal.

Let’s move on to something, which you might not like that much. Sometimes the referees take the spotlight, other than the beautiful goals…

– That is the biggest problem of our sport. In Hungary and Serbia they do well, but the other countries’ officials need to improve in this aspect. Throughout the match, the fouls and suspensions always depend on the criteria of the referees. But the players also need to realize at the beginning of the game what they are allowed to do, and play accordingly. Some referees let you kill each other in the water and you barely hear a call, whereas others blow the whistle for every contact. That is why we have to adapt to every situation. It also depends on the country. In Hungary, for example, they let the us play more aggressively. Even for me, it was difficult to get used to it during my first year, because I came from the Turkish league, where it was different.

Where should the officials improve?

– I think, in general we need better qualified delegates. They need to understand the game better. But there are so many of them, who never played water polo, and it is difficult if you haven’t been in the action yourself. It is not good for our sport. There should be the same rules applied for everyone in every clash, and then the audience could follow the match better.

We talked about the players and the referees, but maybe the head coaches are even above them in importance.

– Of course they play a great role. Right now, in my opinion, the best coach is Dejan Savic (the head coach of the Serbian men’s national team – the editor), because he is the special one. Maybe I am biased, because we played together for 6 years in the national squad. But even though he was a friend of us, there was so much respect between the players and him, when he was coaching us. He was more like an older brother to everyone. He is a fantastic coach, who won the Olympics with us. I think he is so good at what he is doing, because with 444 caps to his name he knows what it is like to play for Serbia. I would also like to mention Nenad Manojlovic, who has unfortunately passed away at a young age. He was a father figure to me. He taught me everything I know about water polo. It was incredibly tough to work under his leadership, but I wouldn’t be here, if it wasn’t for him.

– Well, I still don’t know yet. I am 35 years old, there is one more year in my contract with Ferencvárosi TC, and I would like to play a few seasons more in Hungary or Serbia. Right now I don’t think that I will be a coach, but that can change with time. When I retire I would like to help the Serbian Federation and the national team in some way. I will probably know more about my future at the end of the year.

What will you do during the summer?

– I will play in Malta in the professional summer league, which lasts from the end of May until August. It is an open water event, which is very interesting for us players and for the fans as well. This is one of the most famous sports there. Last year I was there too, and it was important for me to stay in good shape for the following season. Now it will be essential as well, because from September we will compete in the Hungarian league and the LEN Champions League with FTC.

Don’t you ever wish to visit some deserts to get away from water?

– Not at all! Water polo is in my blood. It is like a drug. If you start it, you will be addicted for all your life.

Partizan is the champion of Serbia again
Final 8 Quarterfinals preview