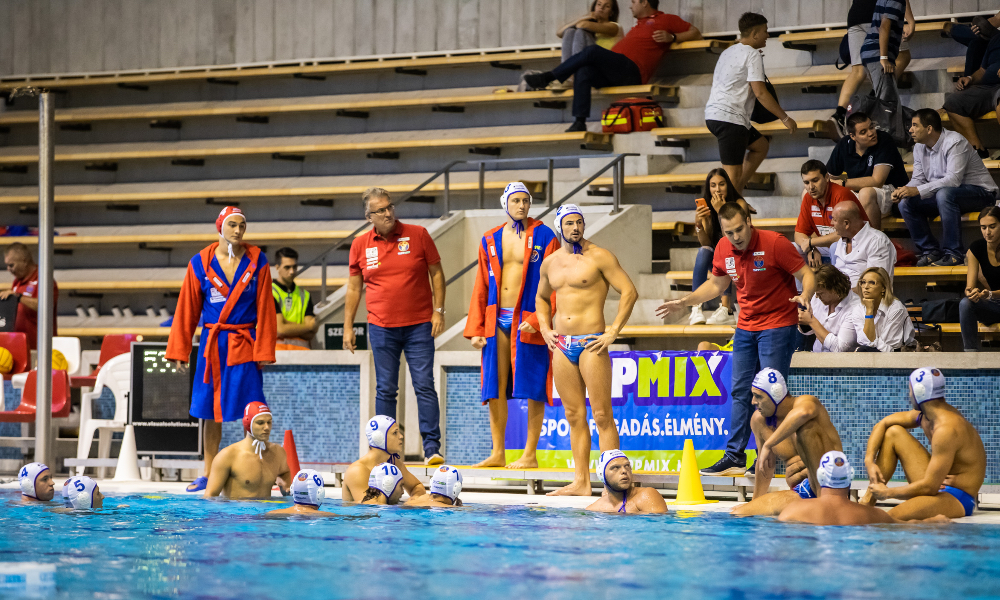 After the news broke out that A-Híd, the bridge construction company, will not sponsor OSC due to the current economical situation, suddenly it was announced that the company will be Vasas’ main sponsor starting next season.

This includes some changes in the club. Lajos Vad, OSC’s current head coach, will train the blue-reds in the future. While the final line up is still uncertain, but most likely more national team players will join Vasas within the next couple of weeks.

László Markovits, Vasas’ club president said that Endre Apáthy, CEO of A-Híd is known to sponsor many sports and sports teams in Hungary, and that he is also sports friends with him.

Not too long ago he contacted me and said that he and OSC parted ways but still would like to support water polo, and would be open towards Vasas.

Apáthy also said that he thinks he joined a club with a big history behind their back.

With this new partnership, everything is given to Vasas to climb back up to the top. This will also provide a high-end opportunity for the national team players which is key as the Olympics is postponed.

While we wish Vasas a successful new season, the logic behind this sudden change is shady to many. It was Péter Becsey, OSC’s Sports Director that announced the team the end of the sponsorship. However, in an interview Apáthy actually denied that he had made a statement on ending the partnership, but he did disclose that the sponsorship contract had expired. Also, although the team members confirmed that there have been some issues with the payment, Apáthy says that the company is not struggling financially as the construction industry is still in business.

We then might question the purpose of changing the club that has been sponsored for 6 years and grown to be one of the strongest teams today. Right now, they are also unbeaten in 2020 – they beat Champions League winner FTC and Pro Recco. According to a news outlet, due to a swimming pool business, the relationship between Apáthy and Péter Becsey, OSC’s Sports Director worsened that led to not renewing the contract with the club.