Water Drops from the Golden Champions 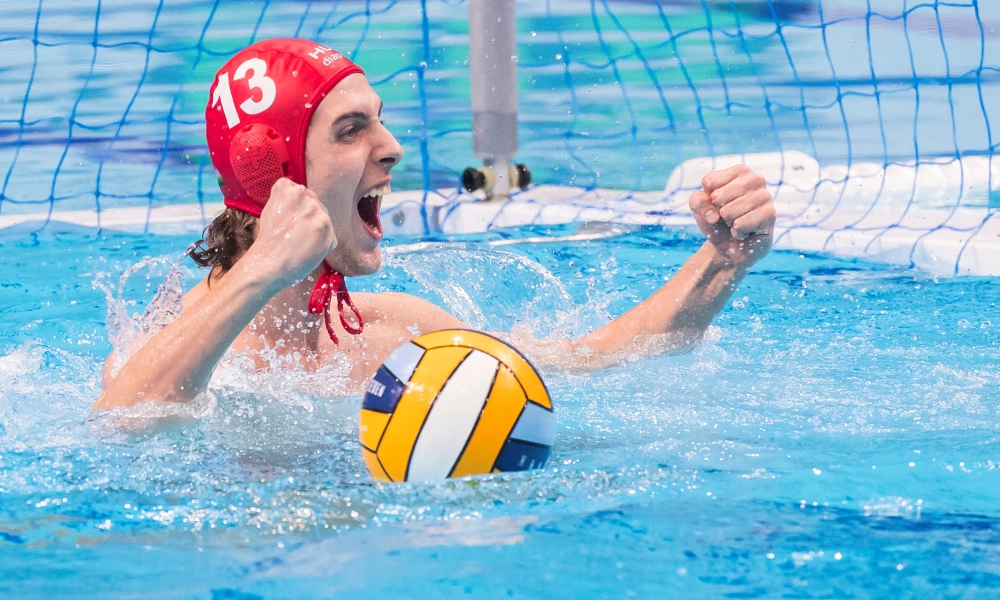 After the final of the European Championships the gold medalists were very touched in the mixed zone. Let’s see some water drops from the Hungarian players and the head coach Tamás Marcz.

Balázs Erdélyi: To be honest, I think we were the favorites at home before the game, and at most the Spaniards could have thought they might have a chance at the start. We were so confident that we knew we were a better team. We won absolutely deservedly on the domestic field. We played all the time as a team.

Dániel Angyal: This modern water polo has amazing forces to move from behind in defense as well as in front. I’m very happy to have won the five-meter penalties.

Viktor Nagy: I was very optimistic, but a final is completely unpredictable. I’m very proud of the team because what we went through in these two weeks was not easy. Injury, sickness, everything. We held on to the end. That last glance showed our strength. We won as a real team, Soma came in at the end and fought off one of the two. It has a lot of power. Thank you to the team, the staff, and not least to our home audience. It is incredible how much power they have given the stands. It’s hard to say, but I’m very happy and happy to have had this experience at home in front of our own audience. The current win is always the most valuable. When I started playing water polo, I set three things in front of me. The European Championship, the World Cup and the Olympics. From that we could win the European Championships on the domestic field and get to the Olympics, so we still have a chance. I’m sure it will take hours and days for us to process what happened. I don’t care about anything now except to meet my family.

Márton Vámos: It occurred to me that if I was on TV, they would sign me as a world and European champion. I’m very happy. I am proud of the team, and we have won the European Championship with a very focused, defensive focus. We didn’t lose any games, we played draw twice with the Spaniards, but it’s okay if we end up with five meters. In the end, I passed in the wrong place, I was nervous, but I had to come back to defend myself because the Spanish got away. Fortunately, Viktor was able to defend it, and eventually Soma. I didn’t think over about my own penalty, that was the key.

Soma Vogel: Tamás told me before the penalty shoot-out that if the first three penalties go in, I might jump in. After the third, we looked at each other, nodded and jumped. Fortunately, I managed to defend myself in the previous five meter shoot-outs, and I trusted him now, fortunately it was no different. At this point, there is so much adrenaline in the man that, even though I was sitting in the game, I’m warm. I only had to jump two. It is the job of the exchange goalkeeper to be ready if it turns out. This success is the pinnacle of my career so far, even more valuable than the Champions League trophy. Basically, I’ve been practicing penalties since I was a junior, but we’ve been practicing them both in the club and national team. I’m glad there is a feedback again that it makes sense. Intuition and routine help a lot.