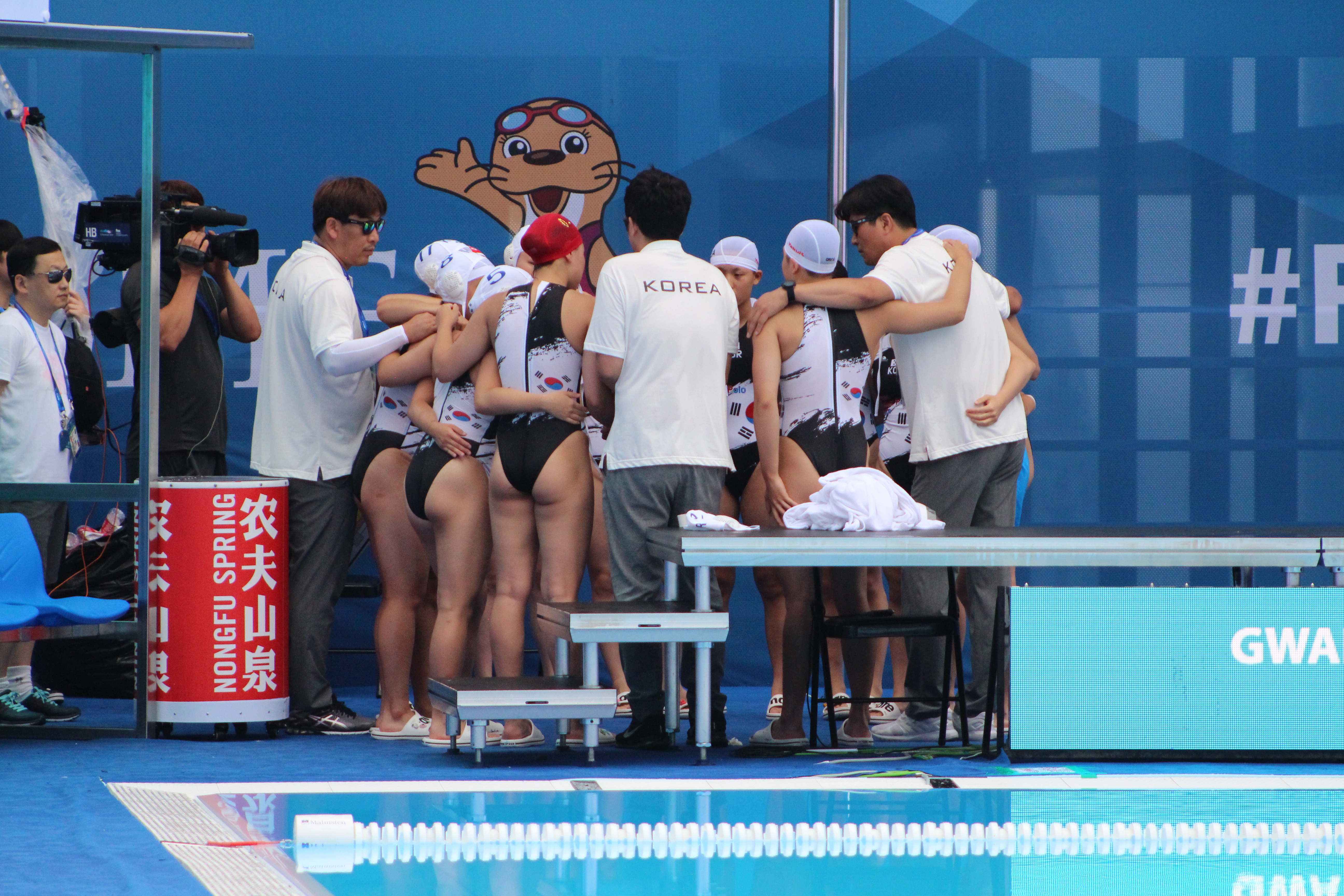 The South Korean women’s water polo team came into its first world championships with the objective of scoring one goal. That seems modest as the teams was established just two months ago, but has scored six goal in Gwangju. After losing all three preliminary games, and Cuba also losing the preliminary games, the two met for 15-16th placement match. Unfortunately, in today’s match, Korea could not score any goal.

While both teams played well, it was obvious Cuba had more experience, and used that chance. South Korea had opportunities to score goals, but Cuba’s offense was just so great. Cuba won 30-0.

On the overall standing board, Korea is 16th and Cuba is 15th.